Fish from the Sky 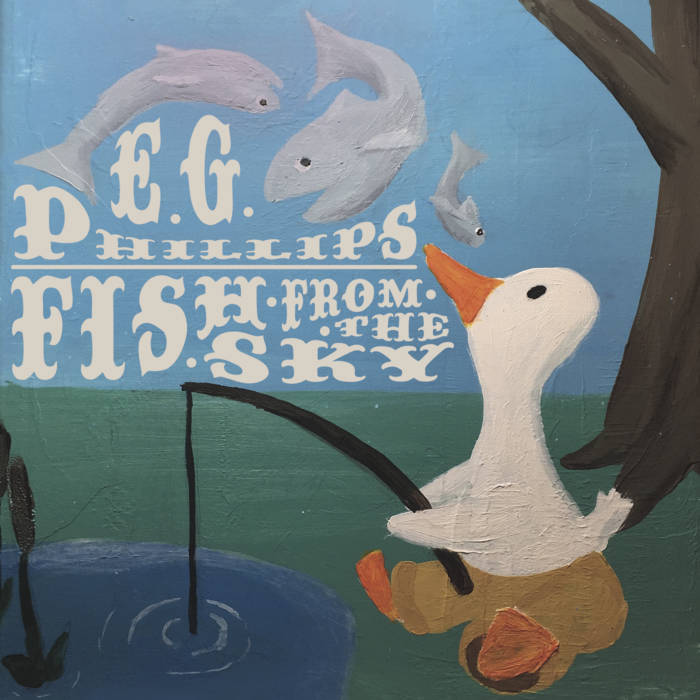 This album, my first, is a motley collection of songs I've written and performed over the years while living in San Francisco and haunting the various open mic venues in coffee houses and bars that the city makes available. "Eclectic" is probably the catch all word. "Whimsical" is a close second. There are elements of rock, jazz and folk blended into the mix, but of all the words in the world that I'm interested in using in any particular context, the genre ones for music are pretty far down the list. Duke Ellington said "If it sounds good, it is good." Sound advice, that.

Below are some more words I wrote for the CD booklet:

Somewhere along the line I was sitting in Bazaar Cafe one evening during the open mic at a table (the one behind the ledge supporting the collection of toy dinosaurs) with Shawn Byron as we awaited our turns up front. For reasons lost to memory, vaudevillian Joe Penner’s catchphrase “wanna buy a duck?” sprung to mind — the success of which rested largely on the inherent but inexplicable funniness of the word “duck” — and I thought about the potential power of combining inherently funny words. “Pants” seemed like an obvious candidate for this experiment, based on a meme floating around the Internet some years prior (back before memes were even a thing, really). So I proceeded to amuse myself drawing little sketches in my notebook of ducks and pants in various absurd combinations and then showing them to Shawn to provoke some laughter on his part, undoubtedly to the consternation of whoever was performing. This is likely as good an insight as any that I can offer into the well from which this motley menagerie of songs I’ve written and performed over the years ultimately springs.


Thank you to the talented individuals that participated in the process of creating this work for their dedication, patience and guidance, especially Ryan who embraced the music wholeheartedly • to the staff and patrons of Bazaar Cafe, Cafe International, the Hotel Utah, and Doc’s Lab as well as the open mic hosts Josh, Clyde, Brendan, and KC — and of course Les • to the folks at Balanced Breakfast and the SF music community in general • to all EGPhest’s performers for the love you gave my songs • to Sarah and Elz for clamoring for “Sugar Mama” • to Balaji who’d occasionally gleefully sing the refrain to “The Richmond Line” back me • to anyone who came up to me after a set and told me they liked my songs • to Jon Willeke, Gina Harris, Brent Shinn and Anthony Ty • to Melissa for worrying that the dishes were clean • to Maya for her beautiful voice • to Vaughn Wilkins for also being in the mix • to Mr. Dylan, Mr. Ellington and Mr. Lehrer and all those other influences • to San Francisco, chilly as you may be at times • to MUNI and BART • to all those that served as inspiration for these songs, even if you don’t know it — apologies and condolences as well