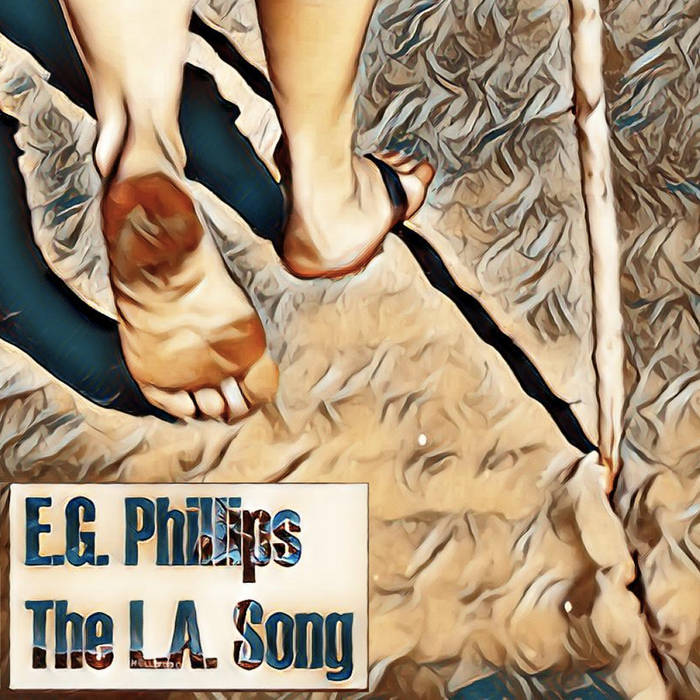 As guitarist Robb Hagle of Swamp Child put it when he covered this song at one of my "EGPhest" birthday celebrations, there may be a bit of subterfuge going on here and perhaps this song is not really about L.A.

Or maybe that is what you are meant to think, but in fact, really, it is. Remember, never start a land war in Asia and never go in against a Sicilian when death is on the line.

Born of two separate trips to Los Angeles in April and May of 2017, this song started as an attempt to capture some memories of hanging out with my niece on the beach — as it turns out it’s quite a lossy format to record memories with. Still, something came out of this effort — the contrasts between the natural and built environments of Southern California, perhaps — and who knows, maybe something else.

In any case, I’ve resorted to my usual naming convention, which is to, instead of trying to foist something highfalutin title on my listeners, just assume they will refer to it as “that song about Los Angeles” or more simply, “The L.A. Song” — I could have gone with “Forever and L.A.” I suppose, but I decided I have more self respect than that.

Once written, I started taking the song out to open mics in San Francisco and was pleased with host Brendan Getzell’s contribution on keys when he sat in at the Utah. Later, when offered the feature slot at Neck of the Woods for the Wednesday open mic in December, I cobbled together a band that included Mr. Hagle who also let us use his practice space. This song was a favorite of the band (a sadly short lived incarnation of my perennial "fake" band Ducks With Pants) and I decided I should capture Robb’s contribution as part of a recording, hoping I could marry his part and Brendan’s through the magic of the studio. I also brought in the fabulous Michelle Renee (of “We Reverberate”) to help with backing vocals for the 1st (and perhaps sadly only) full band show later on in February, also at Neck of the Woods. Michelle’s part worked so well, I brought her into the studio as well. Producer Ben Bernstein on bass and Mike Stevens on drums round out the players on the album.

There’s also a video that goes with the song — I made it my mission to have production complete on the music so when I later attended the ASCAP Expo in May 2018, I would be able to shoot a video while down in Southern California. I’m often told my music is “cinematic” in nature so I decided to put that notion to the test — where else better than in tinsel town itself? Daniel Button of Button Up productions acted as director and camera man for a visual accompaniment that I’m sure you’ll be able to find somewhere out there on the web.

Be that as it may, I hope you enjoy this little piece of audio cinéma vérité.

A labyrinth of traffic
Inundates the landscape
Getting anywhere takes
Forever

Amusement park rides, the Hollywood sign
That tacky walk of fame
Olga hocking her overpriced photos
She’ll even throw in a picture frame